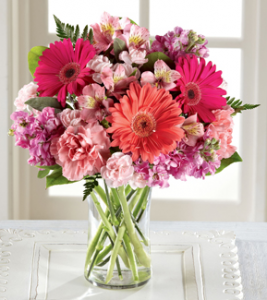 But where exactly did they come from? While we have some ideas, the answer remains a mystery.

Where did they come from?

They are most closely related to plants that are flowerless but that do produce seeds, like gingkos and pine trees. However, anything that might document the early stages of flowers’ emergence are long extinct. Scientists have found mysterious fossils of plants with seed pods that look a lot like flowers, but these fossils are too fragmented to be conclusive.

How old are flowers?

The first evidence of flowering plants in the fossil record is from 136 million years ago. These flowers probably looked nothing like the bold blooms we know from today, however. Most were small and rare, probably survived in the shade of larger plants.

Some scientists believe that around 121 million years ago there was a great diversification among flowering plants, as well as the animal species that eat and pollinate them. However, some studies based on molecular dating rather than fossil studies suggest that flowering plants may be even older.

Now that you’ve learned some facts about where flowers come from, it’s time to buy some for yourself or a friend or family member! Browse the beautiful selection of flowers available at Dallas House of Flowers. Call us toll-free at 1-800-873-0917 to place your order today!

Whether it’s someone’s birthday, their graduation, or just a normal Wednesday evening, giving flowers is one of the most common ways to show someone that we care. But where did the act of flower giving come from? Here we go through the history of flower giving, stretching back all the way to Ancient Greece. A… END_OF_DOCUMENT_TOKEN_TO_BE_REPLACED