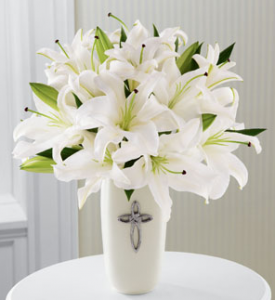 If you’re like us, you’re fascinated by the royal wedding and all things Harry and Meghan. You probably noticed the bride’s gorgeous bouquet, and the stunning blooms on display at St. George’s Chapel.

Here are a few fun facts about the royal wedding flowers that you might not have known:

Want to display your own spin on some of the floral arrangements from the royal wedding? Browse the beautiful flowers we offer at Dallas House of Flowers. Call us toll-free at 1-800-873-0917 to learn more about our fit-for-a-princess blooms!